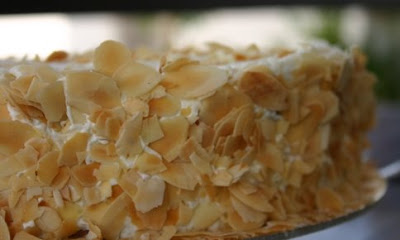 June sadly means that my Hazelnut Meringue as well as my Strawberry Flan are no longer on the menu. But fear not my cake buddies, more delicious new cakes are coming soon!

Don’t forget Father’s Day this month celebrated on the 15th June. So if you need any cakes for the day, just email me on concita@demicoli.com

Have a look at the full list of cakes. You can now also find weekly recipes on this page. Leave your comments or start a discussion about any particular dish that you would like to cook or need some tips on preparing!

Did you know? – Sherbet
Every child's favourite tooth-rotter, sherbet, has a surprisingly long culinary history.
Originally, a sherbet was a non-alcoholic drink, usually based on a fruit juice and called 'sharbbt' in Arabic.
The beverage entered Italian cuisine under the name 'sorbetto', which in its French incarnation became 'sorbet'.
During the 19th century the sorbet became an ice to be eaten rather than drunk, and the cheap powdered form emerged in England at the end of that century.Recipes

Watch out for some summer recipes this month in my publications, the Best Buy Supplement will be out with The Times on Wednesday 11th June whilst the E&D Magazine will be distributed with The Times on Saturday 5th July.