How to make your own sausage rolls in Belgium

If you, like me, think that sausage rolls are a very mundane food that is readily available from every corner shop, then you, like me (and especially my children) will be very shocked when you come to Belgium. 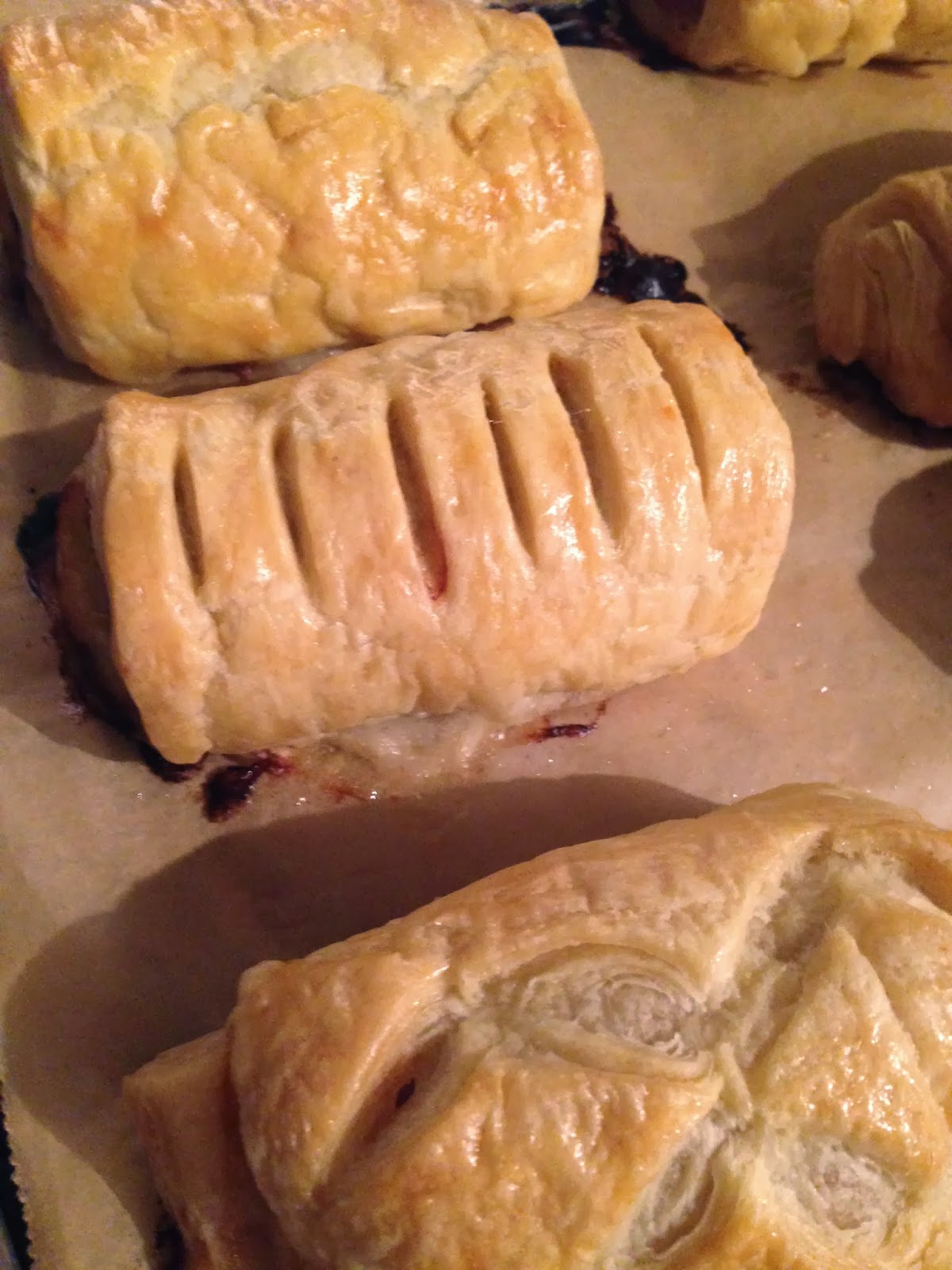 Sausage rolls are essentially British and apart from England and other places, such as Malta which have been influenced by its cuisine they are quite hard to come by!

Finding a Pain Saucisse in a shop is like finding a pot of gold.

The exhilaration goes on for hours and the purchased items are guarded and finished right up to the very last crumb, even if this means ripping the bag and shaking the contents out on the plate or sometimes even the table.

This technique, according to my wee ones, is the best for getting the crumbs tucked away in the little crevices that every paper bag has.

So, if they are so hard to come by, there is no other solution but to do them at home!

There are 2 simple ingredients to making sausage rolls :

1) The puff pastry
2) The sausage meat

In this article I shall be giving the recipe to making your own puff pastry, which woulds hard but in truth is not. It just requires more resting time than your normal short crust.

You can of course, head down to any supermarket and get a packet of pâte feuilletée, that would be puff pastry for you and me!

For the sausage meat, I used the haché préparé which is a mixture of pork and veal minced meat.


For the puff pastry, I followed the one in my Great British Bake Off Book (the first version)

For the sausage meat, I opted for the Belgian minced meat labelled as Porc et Veau which would be the closest to what we are used to.

Now the best way to get all these ingredients thoroughly mixed in is by using your hands and sort of 'mash' the mixture together.

If you are a little squeamish and not too keen on mixing mince meat with you hands, then opt for a fork.

To assemble the sausage roll, roll the pastry out on a lightly floured surface. Make sure that your pastry is not too thick. It should be about the thickness of two 50c coins placed on top of each other.

Next place the minced meat along the bottom most part of the width of your rolled out pastry.

Roll the pastry around it making sure to leave just a slight overlap which will seal your roll.

Cut off the excess pastry and stack it neatly one piece on top of the other so that you may use it again.

If you roll up the un-used pastry in a ball then you will loose they layers the next time you bake it! Pity really.

So, once you are ready to seal the pastry, brush the end with a little egg-wash. Egg wash is simply 1 egg which has been beaten with a fork!

Place the sausage roll on a baking tray lined with baking paper. It is best to using the baking paper even in the case of a non-stick baking tray as the meat is quite fatty and some of that fat wi most certainly ooze out.

Can an obviously decide make smaller rolls for parties or as a packed lunch so feel free to cut your roll before place it on the baking sheet so as not to damage your equipment.

Once your sausage rolls are ready to bake, your make make little incisions on the top to make them pretty and to allow your pastry to puff up nicely.

Last step is to brush the top of the pastry with the egg-wash.

Now bake your rolls in a preheated oven at 160C for a convection oven.

Before placing your tray in the oven however, make sure that the oven has actually reached the required temperature.

You may use an oven thermometer which would sit in the oven and mark the exact temperature or you may use the gauge in your oven.

If you have an electric oven, you should have a little red light that will go off once the desired temperature is reached.  Even though every oven is different, is should take around 15 - 20 minutes for your oven to reach this temperature.

Your sausage rolls are ready to take out of the oven once they are nice and golden!

These roll cans be frozen and re-heated in the oven from frozen.

If you intend to make a batch and freeze it, I suggest that you bake them till they are a pale gold colour.

Once you re-heat and hence re-bake them you will have a little bit more leeway on the baking time.