GIANT Cupcake it is

My little princess is turning 10 and had her school birthday party this weekend. 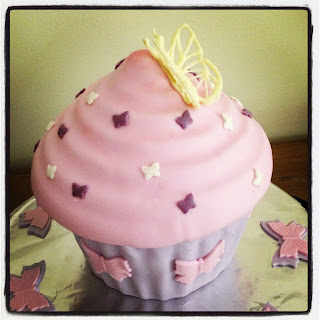 and this is how is was made! 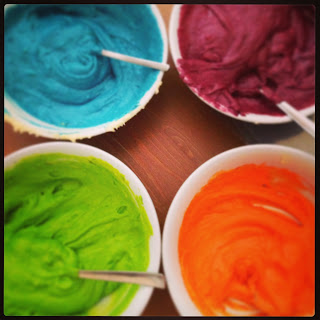 After making my madeira cake, I divided the batter into 4 bowls.  I added more mixture to each new bowl, so it had more than the previous one.  Dividing the mixture equally would not have given the desired effect as below.

I just wanted to make the topping of the cupcake a rainbow cake so the tip (the cherry on the cake) needed less batter than the next layer and that layer needed less than the layer after it and so forth till the cake was complete.


and once the cake was cut, the surprise was revealed! 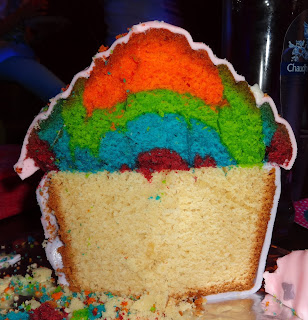 If you need a recipe for a simple madeira, find me on twitter! ﻿